Years ago, during the beginnings of Nashville’s hot chicken renaissance, Jim Ridley posted a simple recipe for a basic portion of nashville-style hot chicken. Not much to quibble with, on the whole, except possibly the choice of chicken breast as the medium (people eat chicken breasts?). I was intrigued, and thus my quest to replicate my favorite hot chicken was launched. I wrote this a few years ago, documenting my first large-scale attempt to make it. It didn’t go badly, but it wasn’t quite right, either. Specifically, in thinking of hot chicken as a uniquely southern dish (which it is), I looked up a recipe for traditional southern fried chicken as the base. This was a mistake. The result was a buttermilk-brined, very thick double-dredged method resulting in a very thick, bready crust. The combination made for a bready sweetness that competed with the heat and made a chore out of peeling away/eating the breading before you could even get to the meat.

So what, then is the goal? Opinions vary, but in my mind, the archetypical Nashville-style Hot Chicken requires a thin, flaky breaded crust, and my preferences reflect this. Prince’s and Hattie B’s more or less represent the gold standard in this regard. This is a photo of a “Shut the Cluck Up” leg quarter from Hattie B’s: 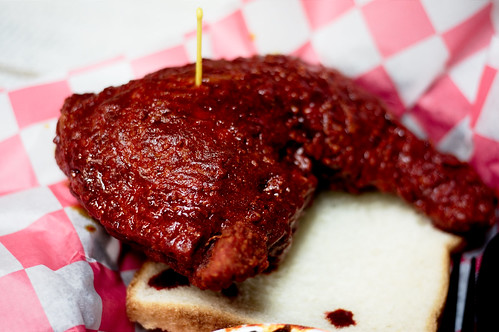 You can see in that photo the flaky ridges of crust providing a home for the tasty cayenne goodness, without presenting an overwhelming barrier to the chicken itself. It’s a beautiful thing – basically, they do it right. Turning fried chicken into hot chicken is quite easy, but it’s the replication of this particular style of fried chicken that has proven most challenging to me.

So, rather than post a traditional recipe, I’m going to break this post out into various parts of the recipe, including areas that are more/less contentious, posting my experience with them.

To Brine or Not to Brine? 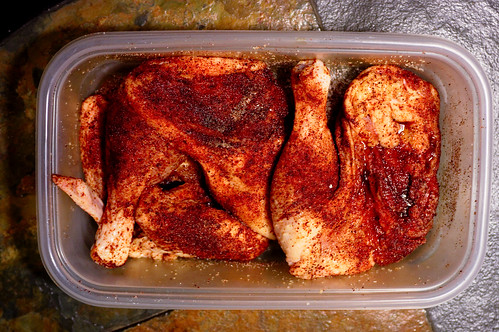 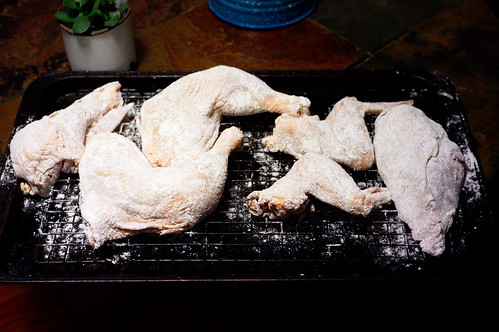 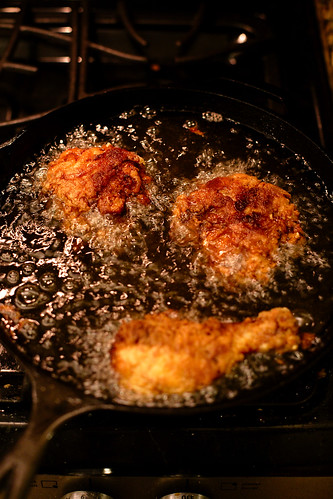 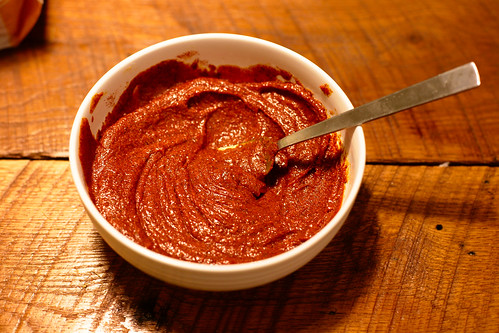 Ah, the sauce. This is what turns regular fried chicken into Nashville hot chicken. As I’ve said in the past, there’s nothing particularly magical about it – the dish mostly leans heavily on seemingly obscene quantities of powdered cayenne pepper. The basic recipe, as also detailed in the recipe linked above:

As with everything, though, connoisseurship abounds, and there are some decisions to make. 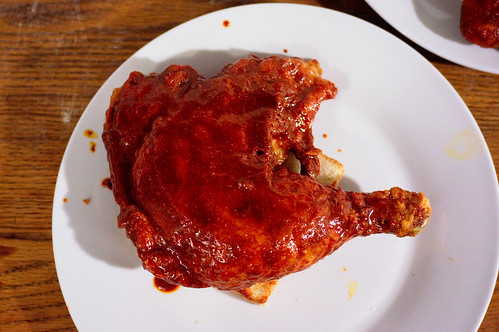 Serve on a slice or two of white bread, with pickles. Pickles not shown. But don’t forget the bread. It soaks up the sauce and is arguably the best part!