whatever I did, I'm sorry 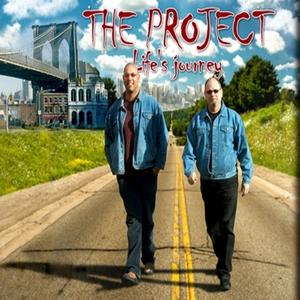 I really hope that emusic.com has some way to reset its idea of your musical taste. Because dudes, right now, it seems to have a very, very low opinion of mine. Which is a shame, because I used to rely on their recommendations fairly reliably to find interesting things. And it was a useful complement to the charts, which of course are driven by people, and thus flawed. Why? Well, let’s just say that people listen to some really, really shitty music. But that’s a blog post for another day. (Preview: “Just because you can’t sing doesn’t mean you should form an indie rock band.”)

Anyways. It started off innocuously enough. I went through an Ethiopian music phase, and a Brazilian music phase (both of which I suppose I’m still in), and this resulted in nothing but “World Music” recommendations for a while, but it tapered off. That’s excusable, I mean, I can see the mistake. Now, though, it’s gone off on some tangent of its own – a tangent leading down a treacherous, dark path. Don’t get me wrong. It’s not bad music, per se. I would never want to come across as the type of guy who would ever talk badly about someone on the Internet. But, let’s just say that it’s music that is not of a type that I like to listen to. And let’s also say that I, generally speaking, listen to the type of music that is “good”. Here’s a brief sampling of the wonders they have dropped in my recommendations: 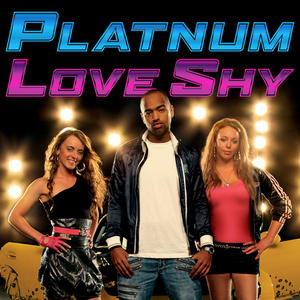 For starters, there’re these guys. Matching black jeans and denim jackets. Always a good choice. From what I can tell (you may be shocked to learn that there’s not a lot of information on the internet about these guys), they are some sort of christian blues group. I was going to make a joke about how I wouldn’t even want to hang out with these guys, much less listen to their music, but then I remembered plenty of counterexamples. Wesley Willis. Kanye West. Prince. But, you know, you never want to judge a book by a cover – or a CD by its denim-adorned cover. I listened to it. Uh, yeah, well, judge for yourself. Can I also add that it was given one star on emusic. ONE STAR. Emusic, I thought we were friends?

Allow me to present “Platnum”, here with their hit song “Love Shy”. 7 different versions of it – each oontzier than the last:

Associated with the U.K. garage scene, in particular the bassline subgenre, Platnum is a vocal trio from Manchester, England, who emerged to mainstream success on the number two hit single “What’s It Gonna Be” by H Two O in 2008

I can’t figure out for the life of me why emusic thought I’d like this. U.K Garage club music? Really? For years when I heard people talking about “ecstasy” I thought they were talking about the band. Just because I downloaded that ONE downtempo album doesn’t mean I’m sittin at home poppin’ pills and listening to anything with a drum machine. This album doesn’t have 1 star, it has no stars. Presumably because no one has downloaded it.

Lastly, there’s Gloria Trevi, who, according to emusic, is “often hailed as “the Mexican Madonna.” Let’s just stop there. I really can’t imagine what in the last 5 years I’ve ever downloaded on emusic that could be fed through ANY sort of recommendation engine that would announce, with fanfare (or perhaps a toaster-oven type “Ding!”), that what I really need to be listening to is “the Mexican Madonna”. I don’t even like the first Madonna.

There’s only one conclusion: Guys, emusic hates me.

« unclear on the concept gunz »