Well, today is the one year anniversary of my buddy Will’s passing. I am ashamed to say I didn’t even realize until Aaron called me. Hard to believe it’s been a year. 2006 was a pretty shitty year (and the beginning of 2007 – guilt by association, I suppose).

He and I along with Daniel and Claire went up to Mt. Olivet to hang out and it was nice. We wandered around the cemetary, which is peaceful and relaxing as always. We picnicked for a while, grazing on some leftovers, and then mosied over to the mausoleum where Will lies.. Today, to some extent, I realized how many emotional walls I’ve built up as a coping strategy. I’ve gone up there a number of times, but never lingered long in the mausoleum itself, instead opting to wander around the grounds, taking in the scenery. Staring at the placard that actually says “1979 - 2006” is something that I can only do in small doses. But we stayed in there a good while, and I did stare – in small doses. Baby steps!

Aaron pointed out that Will would have had a fit to see that the D isn’t properly capitalized in his name (ClenDening), and I agree. No one ever got that right. Ah well, until next time.. 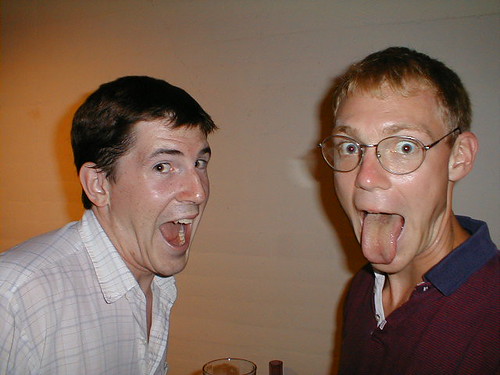