There’s an old saying: never attribute to malice that which you can attribute to incompetence (or coincidence). 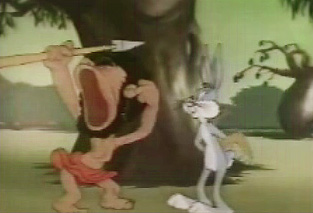 This saying came to mind when I read about this.

Apparently some are up in arms because there are ominous tom tom drums playing in the background during mentions of Harold Ford Jr’s name in this Corker ad.

Now, if we take it for granted that they used the tom-toms to produce a more ominous effect, I think there’s an interesting sociological case to be made that the association of tom-toms and an “ominous” mood could be construed as a racist artifact. What are the tom-toms emulating? A more “tribal” drum sound. Why is that ominous? Because it may tie into our historical cultural association of “darkies” (be they native american, african, or anything else) with a tribal, “beastial”, inferior, violent and predator nature (i.e. the justification for roughly half a millenium of colonialism and exploitation).

While I think this angle is interesting, I don’t really think it is something you can blame on intent on the Corker camp. Never attribute to malice that which you can attribute to incompetence, coincidence, or subtle embedded 500-year-old institutional racism.