In which I meticulously, obsessively fret over the details of my latest picture-taking expedition (at Cheekwood). 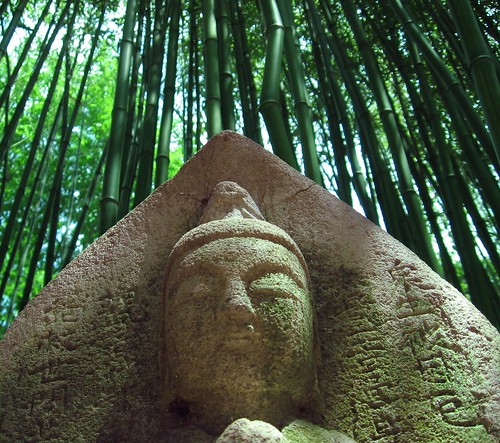 This picture pisses me off – it’s alright, but not great. I had to crop it because it was framed badly to begin with. I had *the perfect* picture right after this: the statue was framed perfectly with the bamboo in the background – my fourth or fifth attempt, where i finally got it. And it was blurry. I just didn’t check the results on this one because I was sure I had it (it was at an angle where I couldn’t see the viewfinder or LCD). Curses. 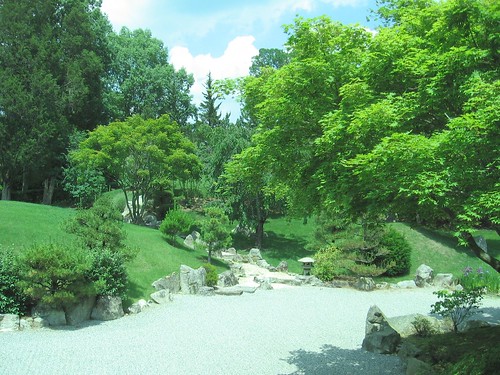 I had some White Balance Issues while taking these pictures. I have tried using the white-balance auto-detect feature on my camera by finding something suitably white and using that functionality. What I’ve learned is that the white-balance on the LCD can look a lot different than the results it yields. A lot of these pictures were super-green and a bit washed out, even after my best attempt at correcting the color balance in GIMP. 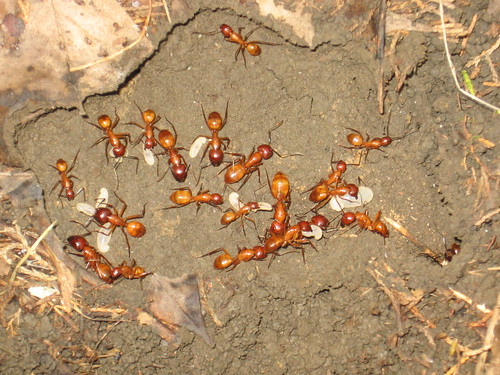 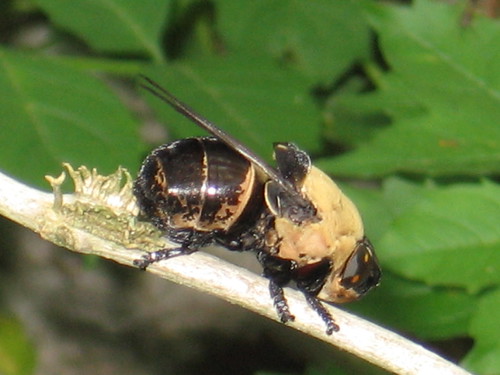 I was really surprised by this one. That bee was pretty damn far from me – this picture was with 7.1x digital zoom (4x of which was optical). It looks great, considering. Is it laying eggs or something? 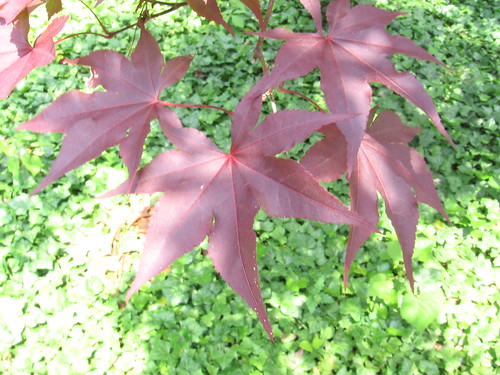 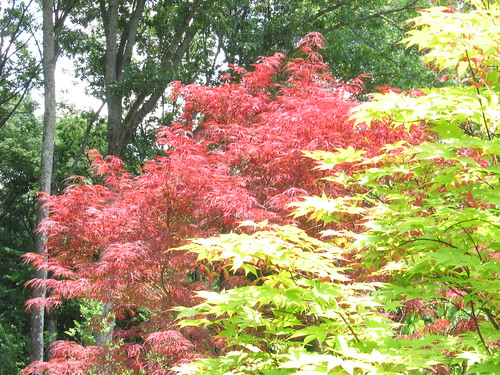 I love these two. I like red on green. Remember the Red Green Show?