Glen Dean makes an attempt to paint the protestors in Los Angeles as anti-American, or as an invading force, or .. something:

If these immigrant protesters were trying to get support for their movement, I think they made a serious error in judgment. Being descendants of immigrants ourselves, most Americans are generally sympathetic to the immigrant who is “just trying to make a better life”. But when individuals, who are in this country illegally, hold mass demonstrations, making demands, while waving the flag of their native country, the sympathy is “considerably less so”.

Sometimes pictures are worth a thousand words: 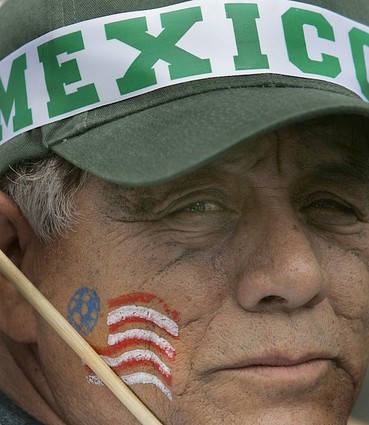 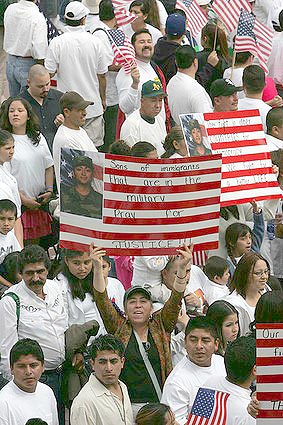 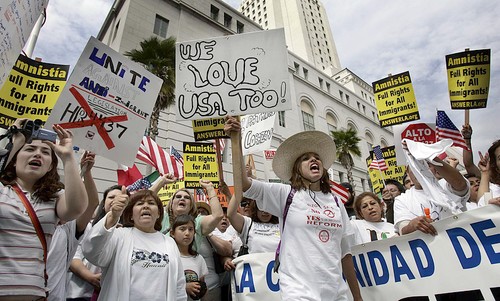