CBPP has an awesome summary of the effects of the Bush administration tax cuts up:

The early returns on the effects of the tax cuts have not been good.

The paper then goes into detail on each round of tax cuts, with lots of pretty graphs. Pretty depressing, that is. Like this one: 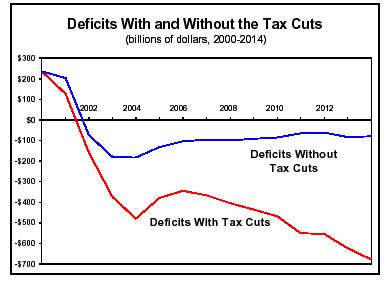 « sugar in my meat vacation »