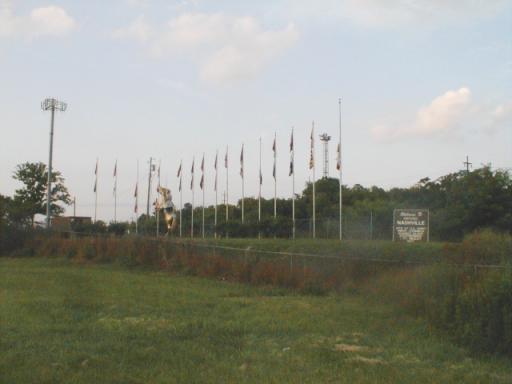 Looks like there’s a new addition to the statue of Nathan Bedford Forrest off I-65.

For those that are unaware, in 1998, the League of the South erected a monument to General Nathan Bedford Forrest, a famed confederate general during the Civil War. 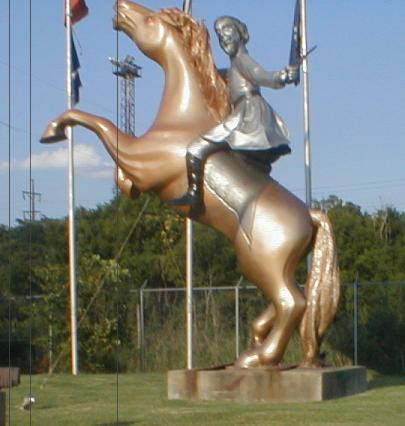 The monument is a statue of Bedford, eerily scaled at twice-life-size, constructed of some plastic/fiberglass-like substance. Not quite big enough to qualify for “grand”, but not quite small enough to qualify for “understated”, it mostly just reminds you of those McDonald’s Hamburglar statues. In all, it can only be described as .. grotesque. And not for aesthetics alone.

Forrest, as you may know, was the original founder of a little group called the Ku Klux Klan, in Pulaski, Tennessee. The erection of the statue of course caused quite a stir. It’s a revolting, ugly sight to behold in an otherwise beautiful, historic part of town. At least it’s only scarring the terrain of the interstate.

Anyways, Amanda and I noticed that there was a new addition next to the monument – the sign on the right: 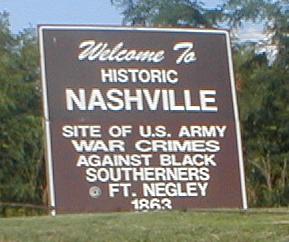 « rights and entitlement The Return of Depression Economics »