[Bill BL20031354][1], which proposed adding sexual orientation to the list of prohibited forms of discrimination in the metro code, was voted down by the [Nashville Metro Council][2] on April 1st. Old news, I know, but I decided to watch the [metro council proceedings][3], because I’ve been wanting to get more involved in local politics and I was intrigued and dismayed at this latest bit of news.

I was shocked and ashamed, quite frankly, by some of the ignorance and bigotry present in the debate prior to the vote regarding this bill. Here are some tasty nuggets of “wisdom” our Metro Council is putting forth: 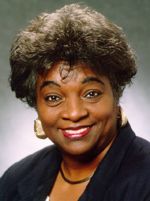 Carolyn Baldwin Tucker, Metro Council Member at Large, had this to say:</p>

"Slavery has been tried to be linked to homosexuality and homosexuality linked to slavery - it never should have been done. The analogy should never have been tried to be drawn. To me, as an African-American, that was an insensitive,hurtful, and non-caring analogy that was personally offensive to me. And I had hoped not to have to deal with this, because slavery should remain buried in our past, as our nation tries to heal -- it should never have been brought up. However, since it has been, I'll deal with it now.</p>

My father was born in 1888 -- yes, I said 1888. If he were living today, he would be 114 years old. He was born approximately 23 years after slavery was declared unconstitutional. His father, we believe, was born a slave. I am second-generation free, so don't talk to me about slavery. I know there are things that have happened that I would well be pleased to forget. But the sponsors brought it up. And I believe that we would do well to leave slavery in the past. My sisters and my brothers and I have discussed this at length, with my father having been born in 1888. His father would have been 23 years old when he was born, and probably was born in slavery. So, I have a personal connection -- direct -- in that I am second-generation free.

You say homosexuals are treated like the slaves were treated, however there is nowhere in the history books where we see homosexuals sold on the auction block. We don't see in history where they were separated from their families and refused to give pay for their work. Nowhere can we read about laws that were created to imprison individuals for teaching them to read. Homosexuals have not been made to sit to the back of the bus. Homosexuals have not been told that you cannot drink from a certain water fountain because they are homosexual. But african-americans have -- I have. So don't equate the two. They're not the same. Please don't. There have been no Jim Crow laws set about to keep people as second-class citizens. No laws have been imposed, such as the Jim Crow laws on the homosexuals. And since, it was law that did impose slavery and that did impose Jim Crow, then yes, law should have been enacted, as duly it was, to get rid of slavery, and to get rid of Jim Crow. But there were no laws enacted to prevent homosexuals from doing things. Therefore, law is not the remedy for this situation. We should not be at this point dealing with a law and trying to put people in a protected class."

Riiiight. Slavery should be buried and forgotten -- it would be foolish to dredge up the past for the silly purpose of learning from our past mistakes. I forgot that African-Americans are the only oppressed minority in the United States. As Amanda put it, "Where's Cornel West when you need him?"

"If the council passes this bill, you will be passing a bill that sanctions a lifestyle."
"If this bill is passed, children who have been taught by their parents that homosexuality is not a viable option -- excuse me? [Interruption by a protestor being instructed to take down a sign.] Thank you very much, um. .Those kinds of things are not what we want to see happening, and I'm sure that people don't understand when they do such as that, it does not help the situation at all. If this bill is passed, the children whose parents have been taught -- whose parents have taught them that homosexuality is not a viable choice and that they should not have that lifted up before them will be made to be feeling as though they are to be ridiculed because they hold certain beliefs. They hold certain Christian beliefs, that say "homosexuality is not to be lifted up." If those children hold those beliefs and hold to them in schools, they will be made to feel as if they should not have the right to hold those feelings."

How nice of her to think of the poor, oppressed white middle-class christian minority.

"Homosexuals do not qualify as a minority and that has been clear from the national as well as the state level."

Nice of her to rewrite the laws of statistics, while she's at it. 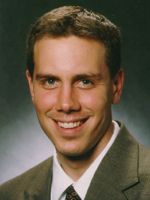 The real gems come from Jason Alexander (No, not George Costanza):</p>

"I won't speak long. I called the metro human relations committee yesterday and asked them a logical question: "How many claims have you had in the past 4 years on the.. based upon sexual orientation?" Zero... Zero!! So, I asked myself driving up here.. I thought, well, we need to .. I probably have more legitimacy protecting smokers, because, that's a lifestyle.. they go outside, they congregate, they smoke, and discuss. You know, a lot of people in my workplace would kinda get upset when for non-smokers, they go outside and we're working, and they're still outside -- they're not working. So, there's more legitimacy protecting smokers than this bill.</p>

We had zero claims in 4 years, I think one was brought up in January -- it was a passing thought -- and the guy withdrew it. So, what's the purpose? Do the sponsors have a pressing need on this, they say "man, we've had this high a number of responses.. we need to create this bill" If that was the case, if metro heads were discriminationg based on sexual orientation, I would say yes. absolutely. But, there's no need. Why? Because metro law already protects sexual orientation. We already protect it, so what's the purpose? The purpose is to endorse a lifestyle. It's to endorse morality. We had a bill up here a couple months ago that Councilman Nollner brought up about the ten commandments. If they feel you brought up "hey, you can't legislate morality" -- that's what this is doing. It's legislating morality.

And finally, I get a little bit emotional about this, because, I've got a child coming up in about 8 months -- ooh, 8 weeks, my wife is gonna kill me for that one. 8 weeks -- she hopes not 8 months. If we decide to go down this path tonight, we are endorsing a lifestyle; endorsing morality; and one day, my child, when he's in school. will be taught that homosexuality is a viable sexual option. Not only will I not let my child go to a school that teaches such, I'll bring up a resolution asking parents of metro not to allow their kids to go to it. Because we are not in the business of teaching morality -- when.. it boggles my mind."

There you have it, ladies and gentlemen. The great minds shaping our public policy. Frightening.