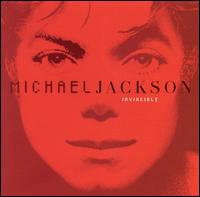 You know, if someone asked me to list my top ten favorite artists of all time, I’m sure I would include Michael Jackson in that list – I think a lot of people would. Unfortunately, if you asked them (and me) if it was because of anything he has done since 1987, the answer would most likely be “no”. This is unfortunate because of the sheer genius and talent that is apparent in Michael Jackson’s earlier work.

I initially looked forward to Mikey’s new album with quite high hopes – probably moreso than were warranted. You see, my exposure to Michael Jackson was a bit reversed. My generation grew up essentially during the decline of both his popularity and his musical creativity. Granted, I have memories of his heyday. In fact, I have a very distinct memory of thinking that Michael Jackson was actually the president of the United States, which is pretty funny. But everything after that was pretty much watching Michael Jackson’s career go down the crapper. So, I spent most of my youth not really paying much heed to Michael Jackson as a musical taste of mine.

Not too long ago, though, on a whim, I bought a copy of Off the Wall and Thriller on tape to listen to in my car. Boy, was I surprised. This stuff was actually good! And not just good – it was great! I don’t think I’ve ever worn out a tape so completely.

So, while most people are not at all surprised by Michael Jackson’s latest musical failure, I am rocking out to Off the Wall for the first time, wondering what the hell happened to the genius that was behind this music that I couldn’t stop listening to.

So, that said.. I think that’s why my experience with Michael Jackson’s new album is all the more depressing. It’s already being said about this album, and I’m going to say it again, because sadly, it’s true: Michael Jackson seems not to be setting trends on this album, but rather to be chasing after them. I mean, the first track features a lame posthumous dubbed guest-spot by Biggie Smalls. Come on. The only thing that counterbalances the surplus of vapid uninspired hiphop flavored tracks is the abundance of his now all too familiar “save the children” ballads.

The songwriting is “solid” (whatever that means) on this album, but it’s completely uninspired and very, very boring. It’s obvious what Michael Jackson wrote and produced this album for – and it’s not for himself, or his sense of musical creativity. It was written to be a “comeback” album. However, it’s not a comeback album, because it’s nothing new. No amount of corny digital effects, canned hiphop beats, or hiphop guest spots can make up for what it’s lacking so sorely. I am sad to say that before the album was halfway through, I was already .. well.. looking forward to the end.

To all you hardcore Michael Jackson fans like myself out there who are secretly hoping that he’ll some day stop sucking:

Sorry, it hasn’t happened yet.

« Joe Jackson, Night and Day II It's been a while since »