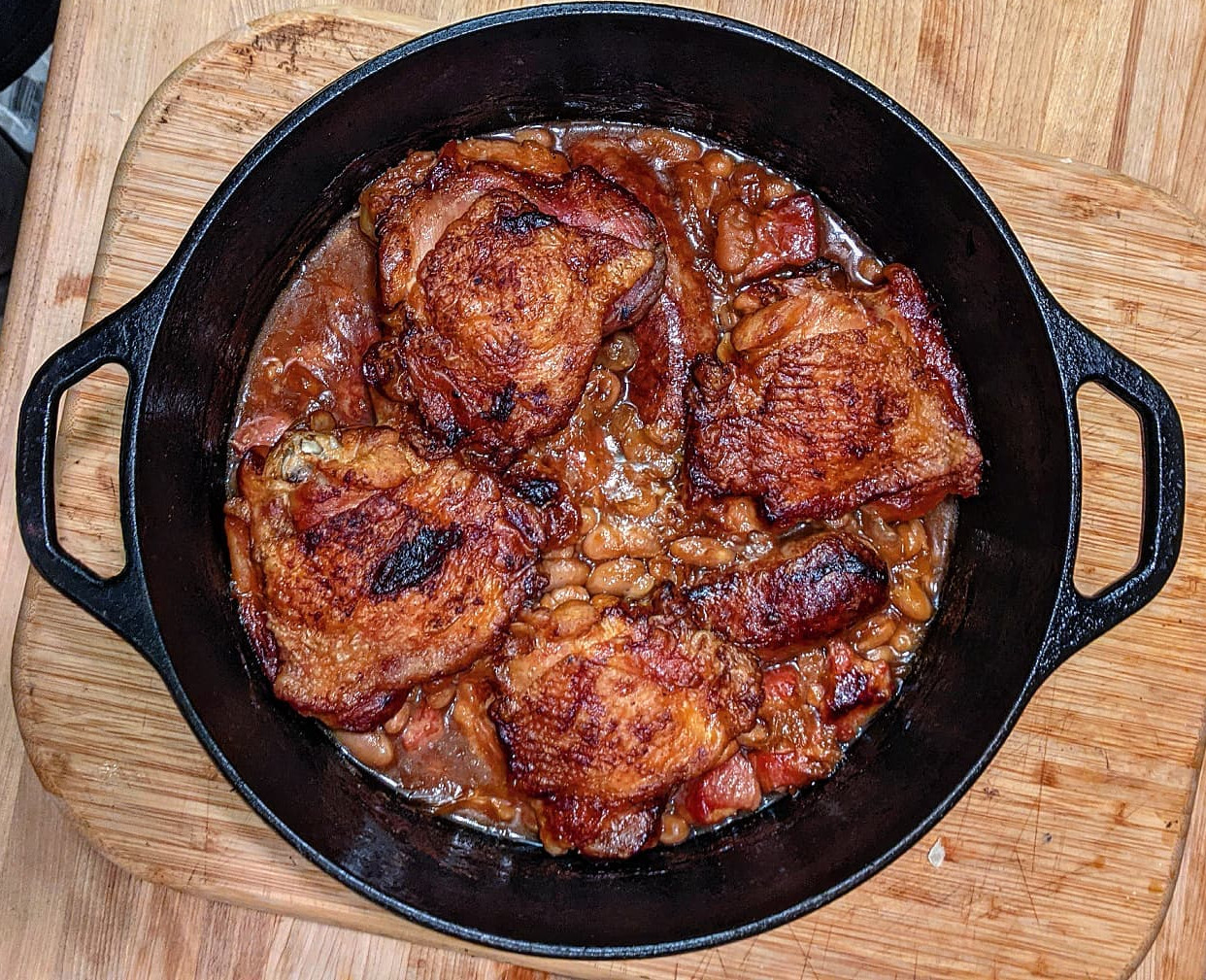 Over the years, I’ve come to appreciate the subtleties of braising, but I frequently run across people who are confused about what, exactly, braising is – and for many years, so was I. What is the common description of braising? “meat cooked slow in liquid”. But what does that mean? Is cooking meat in liquid slow in a pot on the oven braising? (spoiler: no) Is slow-cooking meat in liquid in a pot in the oven braising? (spoiler: also no, mostly). A quick explanation of my understanding of what braising is, why you should do it, and how it’s superior to some other methods. If you want the quick tl;dr: braising is only braising when there’s convection involved. Explanation below:

Let’s talk about the effects of conduction and convection at play in the context of a pot of liquid and meat.

If you put such a pot on an electric burner, you have heat transfer of:

If you put such a pot into a hot oven, you have heat transfer of:

So, in the context of cooking a pot of liquid and meat on a stovetop burner with the lid on, the heat comes mostly from the bottom and heats everything up, and whatever air is in the pot is not doing much, and most moisture is retained. If you take the lid off, evaporation will happen slowly, reducing the liquid. This is not braising (no convection).

If you take that same pot and put it in a hot oven with a lid on, we’re getting closer to braising, because in a hot oven we have the forces of convection in play (will explain why this is important momentarily). The pot itself is being heated by all sides by convection in the oven, and there’s some convection happening with the air inside the pot. But there are a few nuances before we get to Actual Braising:

Cassoulet is a great example that demonstrates the utility of this effect – traditional cassoulet is made in a pot with a very wide top, maximizing the surface area to circulating air in the oven, so that the liquid slowly reduces and forms a film of collagen and maillard-browned beans/meat, and you occasionally break this film so more liquid pools on top and this process repeats until you have an incredibly silky/rich liquid.

In short, this is why e.g. beef stew made in a crockpot/pressure cooker or on a stovetop will simply never be as good as slow braised beef stew. (It’s totally understandable to take shortcuts for convenience, I get it.)

I wrote this up because I could have sworn seriouseats had a comprehensive article on this very thing. I surely didn’t get it as right as they would have (or maybe did), but they have a few articles I drew from that touch on these topics, albeitly obliquely: