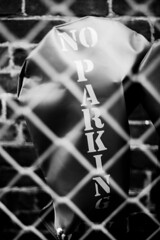 As of Saturday, street parking in metered spaces on Saturdays in Nashville is no longer free:

The Metro Traffic and Parking Commission voted in November to enforce parking meters in the area bordered by Broadway, Rosa Parks Boulevard, Second Avenue and James Robertson Parkway from 8 a.m. to 6 p.m. on Saturdays.

The meters were previously not enforced after 6 p.m. Mondays through Fridays and on Saturdays and Sundays.

A lot of people are bitching about the hassle:

She said, “People come here and spend a lot of money but then you have to worry about getting back to your meter and paying the meter.”

I agree it’s a hassle – and it’ll be a pain for me, too – but I don’t think it’s a bad move. Street parking should be high-turnover, available parking for people that are zipping in and out, and I agree that it will draw more (certain) people downtown. In my opinion, the problem is that we still just need more regular, non-street, public parking downtown. The gateway lot on the gay street connector is great. We need more of this.

« name that quote the MCC: worst idea ever. »