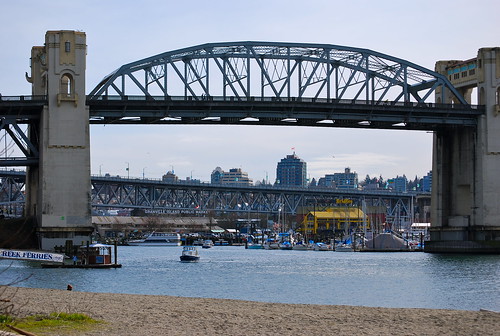 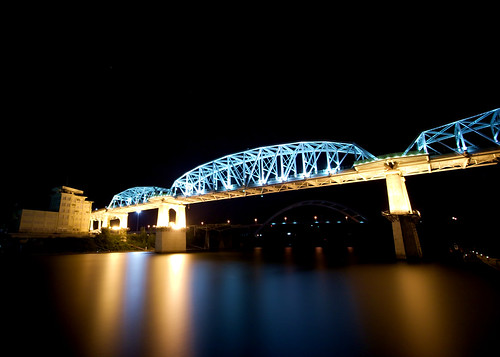 Notice the trusses look nearly identical. I researched it a bit and it looks like ther are just various kinds of truss bridges that were commonly built. This document has this to say about the Shelby street bridge here:

Significance: The bridge possesses state level engineering significance as an example of the through Parker and camelback truss types for its uncommon concrete trusses.

It doesn’t seem to bear much resemblance to the example of a Parker truss on the wikipedia page, though.

Anyone know more about this type of truss, or have any other similar examples? I know I’ve seen examples in other cities that look nearly identical.. I’m hoping Aaron, bridge fanboy #1 will chime in.