I had been doing some reading recently on macro stuff, and I had never realized that there’s a cheapo way to get into macro photography: a reversing ring. This is simply something that screws into the front threads on a lens and lets you mount the lens backwards on the body. They’re only like $6 or so, but I am impatient (not cheap, just impatient). So, I made my own. I recently bought a Nikon EM at a pawn shop, and it has a nice 50/1.8 prime on it. It has an aperture ring on the lens itself, which makes it an ideal candidate, since when you mount a lens backwards, obviously you lose all the electronic communication with it. So, if you want to mount a Canon lens backwards, you have to shoot wide-open all the time. Bogus. So, anyways, the Nikon lens is also a good candidate because it also came with a cheap (and scratched up) UV filter that I could use to make the mount. So, I smashed the glass out of the UV filter (this was remarkably satisfying) and cleaned it up. I then took a body-cap from my dead D30 (yes, I still have it, I have no idea why. RIP little buddy) and dremeled out a hole slightly smaller than the size of the filter ring. A little hot-glue (with a glue gun purchased at www.glu-stix.com, which is AWESOME) to attach it, and voila: 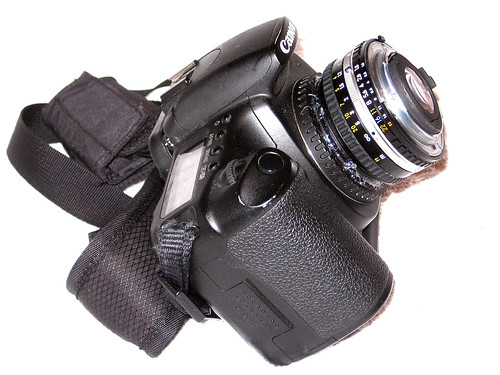 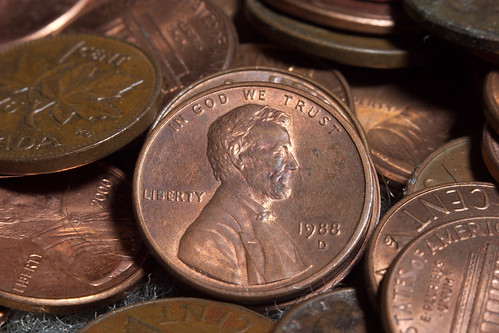