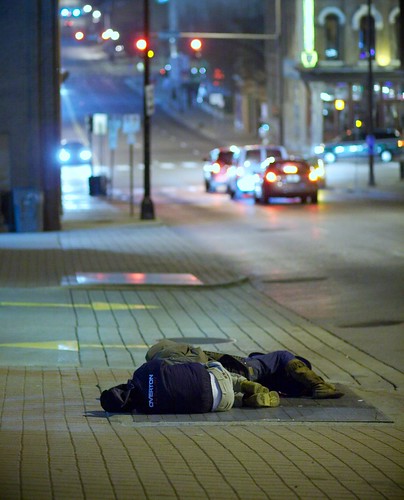 Not long after I took this shot, a cop came by and stopped next to them and told them to move along. Er, well, by “told”, I mean that he sounded his siren. He didn’t actually “tell” them, per se. He used his siren. He sounded it. And then sounded it again. and again. See, he couldn’t actually be bothered to get out of his car – it’s awfully cold out, see. But they had to move along. So he sounded his siren, until they woke up, rubbed their eyes, and left. Where did they go? I don’t know – probably somewhere colder.

The cop never got out of his car.