So, I’ve been listening to the new Outkast album/soundtrack (which is, as expected, completely awesome) for Idlewild, and among other awesome things, it features someone named Janelle Monae on a few songs (Call the Law is the stand-out among them). So, I google her and find her website, which is clearly a placeholder, but it did have a link to her sitemeter stats, which were pretty amusing: 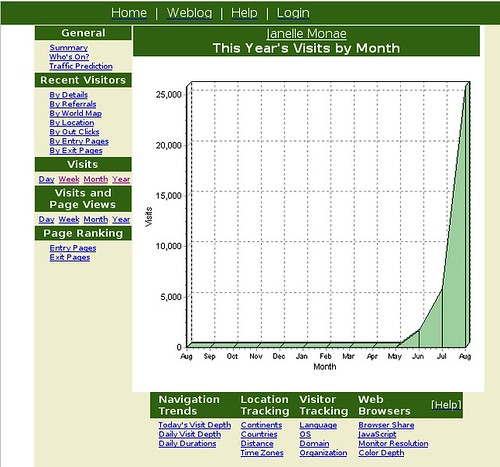