I have been playing with my new camera. It’s fun. In the meantime, here’s a nice photo of Israel committing a war crime: 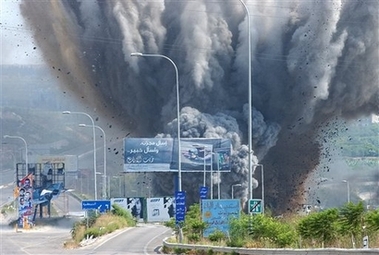 Today, Israeli military officials and Hizballah leaders traded threats to attack areas populated by civilians. The Israeli chief of staff, Brig.Gen. Dan Halutz, noted in public remarks that senior Hizballah leaders live and work in southern Beirut, and said Beirut could be targeted if Hizballah continued to fire rockets into northern Israel. “Nothing is safe [in Lebanon], it’s as simple as that,” Halutz said.