So, I got my camera fixed. Canon has redeemed itself. I had a brief scare a few days ago when the lens cover stuck briefly, but it seems okay now. So far so good. I’ve been taking pictures again, as a result. Some of my favorites below the fold: 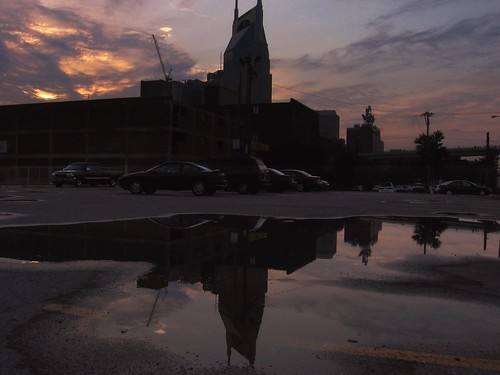 This picture was even darker, pre-GIMP fixup, but I really like the sky, even at the expense of the underexposure on the rest. Some post-fixup with colour balances helped bring back some of the foreground. 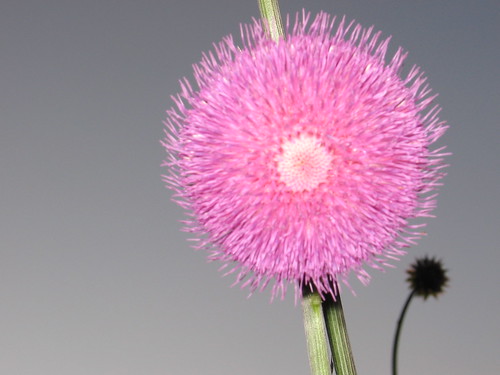 The camera was actually pointed straight up at the sky when I snagged this, underneath the thistle plant. The wind was blowing it 5cm back and forth, so I was having a hard time snagging it at all. I wish the flower itself was in better focus, but I love how the sky turned out looking more gray than blue – a nice contrast with the purple of the flower. 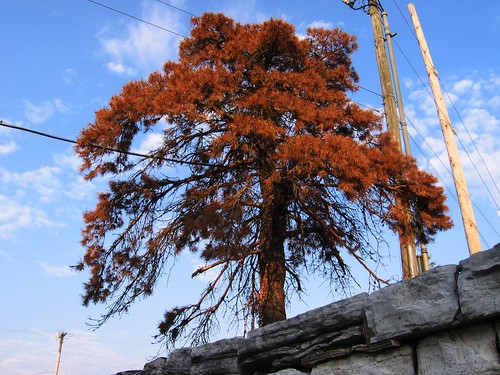 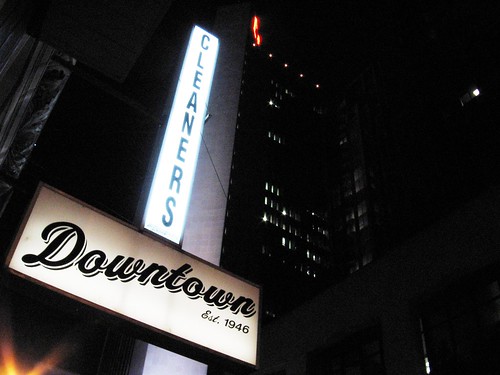 This picture is nothing special, but I love it, for some reason. 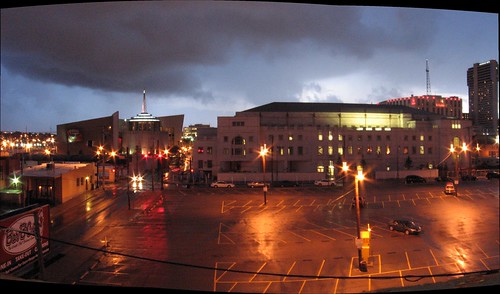 Sitched together from two shots with autostitch, during the very weird, blustery weather we had a few weeks ago. 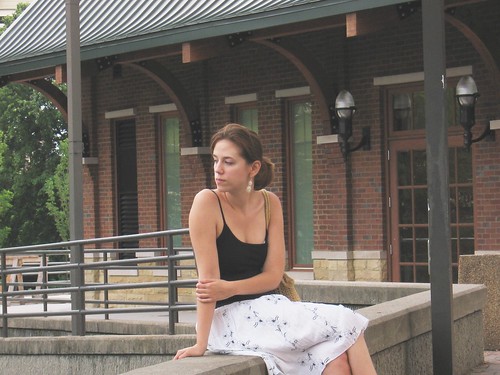 Amanda, looking contemplative and beautiful, at the new train station.

As far as my general photo-taking experience so far: I am realizing I am already leaning on two crutches: First is taking pictures at night, which just seems easier in general – f/8.0 with a long exposure and you get something cool. Second is my tripod, which was a great buy, but isn’t something I can carry everywhere. I need to get better at framing and stuff so I can take interesting pictures even in normal light at a faster exposure.