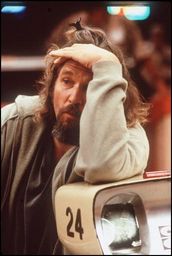 I was going to leave this one alone, but I just can’t. Mark A. Rose links to this article, which attempts to prove what Mark calls “the mathematical impossibility of Darwinism”. I talked about this with Rev for a bit – he posted some of our initial conversation – but in the end I think we agreed that responding to this sort of thing is pointless, because anyone that can honestly buy into such tripe is too far gone for reason.

This article is getting quite a reception: A “Christian Mathematician” has finally taken the dark art of mathematics and turned the tables, using it to disprove evolution. Their ecstasy is palpable. Nevermind that no one linking to this article appears to have any remote understanding of the math he’s “using”, and nevermind that Charles Edward White is not a “Christian Mathematician”. (From the article: “Charles Edward White is professor of Christian thought and history at Spring Arbor University in Michigan.” Reading comprehension is, I suppose, as elusive as the concept of probability. And what is “Christian thought”, exactly? Are the midterms hard?)

I am not going to get too into the fallacies in the math itself, but there’s a discussion here where “Anonymous” does a good job of explaining the difference between probability, improbability, and impossibility. Then there’s this:

The final number comes from theoretical mathematics. It is Euler’s (pronounced “Oiler’s”) number: eπi. This number is equal to -1, so when the formula is written eπi+1 = 0, it connects the five most important constants in mathematics (e, π, i, 0, and 1) along with three of the most important mathematical operations (addition, multiplication, and exponentiation).

What? Compare and contrast with this.

Rev can perhaps explain the subtleties of the mathematical nonsense and misunderstandings of probability better than I can, but he probably won’t, because it’s an utter load of crap not worth rebutting in any formal way. I want to simply point out that this is essentially a version of the same old argument that Intelligent Design proponents always fall back to, which boils down to “I can’t imagine a number that big, therefore it’s not possible.”, which itself is related to idiot’s axiom of “I don’t understand it, therefore it can’t be right.” This particular article is simply fancied up with some misapplied mumbo-jumbo, and a complete misunderstanding of probability. The math here isn’t used to a scientific end – it’s just gilding. “Oooo, he has numbers and variables, that means he used math!! Now it’s a proof!!”

I have given a lot of blog love to nonsense on Mark’s blog before, but this really takes the cake. Seeing critical thinking disengaged so entirely in this fashion makes it very hard for me to take a person seriously. I’m fine with personal faith, and I’m fine with a rejection of the idea of evolution, but please don’t sully the fine profession of mathematics by trying to use it to reinforce utter nonsense. Please don’t piss on my fucking rug.