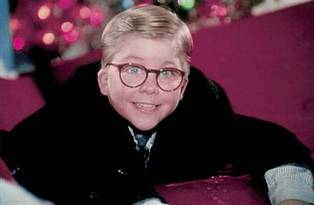 Amanda and I are caving to peer pressure and having a party. It’s not specifically an anti-Christmas party, though, so if you enjoy Christmas you are still invited. We might even put up Christmas lights. I realize that a lot of people will be doing family type things so close to Christmas, so the Friday we chose may be questionable, but we are sticking with it. I figured I could have picked, say, a Tuesday, and more people would have been able to come, but then the party would suck, because who wants to go to a party on a Tuesday?

What: A party
Where: Our Apartment, 150 2nd Ave S, #305
When: Friday, December 23rd, 7:00PM till ???
Why?: To celebrate the true meaning of Christmas, dur.
Am I Invited?: The invitation is extended to blogger and non-blogger friends alike. If I would know who you are when you show up at the front door, you’re invited. Even if I wouldn’t, but you can explain yourself, and aren’t there just to kill me, you are invited. Do me a favor though and RSVP in the comments so we can get a feel for who’s coming.
Am I Really Invited? What about that time I called you a douchebag on my blog?: I forgive you. You are really still invited anyway.
Stipulations: BYOB. We will be providing some stuff to maintain our rep as capable hosts, but we aren’t loaded, so be a dear and bring stuff. Kids are fine, as long as you don’t mind them being lectured by drunken socialists and libertarians.
Parking/Apartment Craziness: Our apartment is downtown in the Market Street Apartments building on 1st avenue and Demonbreun. You will have to find somewhere to park downtown, and it will probably cost money. This sucks, but at least if the party blows, you can ditch us for the bars downtown instead. Our apartment number is #305 (that’s on the third-floor, for those of you not numerically-inclined). You have to buzz my phone from the callbox in the entrance (Last name: Wage) and I will let you up as long as you provide the passphrase, which is “Chris is awesome” (alternately, “chris is great”, or “let me in”).
Why do you have a picture of Ralphie from A Christmas Story? That doesn’t have anything to do with parties: Shut up, I love that movie.

« higher and better the night my comment got eaten »