Looks like the Plame inquiry has expanded to include investigation into the forged Niger documents:

Fitzgerald’s team has been given the full, and as yet unpublished report of the Italian parliamentary inquiry into the affair, which started when an Italian journalist obtained documents that appeared to show officials of the government of Niger helping to supply the Iraqi regime of Saddam Hussein with Yellowcake uranium. This claim, which made its way into President Bush’s State of the Union address in January, 2003, was based on falsified documents from Niger and was later withdrawn by the White House.

This opens the door to what has always been the most serious implication of the CIA leak case, that the Bush administration could face a brutally damaging and public inquiry into the case for war against Iraq being false or artificially exaggerated. This was the same charge that imperiled the government of Bush’s closest ally, British Prime Minister Tony Blair, after a BBC Radio program claimed Blair’s aides has “sexed up” the evidence on Iraq’s weapons of mass destruction. 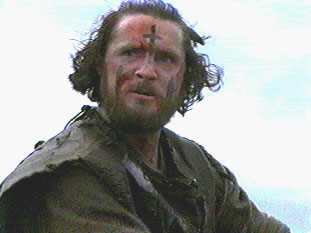 "The Almighty tells me he can get me out of this mess, but he's pretty sure you're fucked."